“BE INVOLVED” SEMINAR IN DAUGAVPILS

The sixth and the last “Be involved” seminar in the framework of ReforB project was conducted in Daugavpils University, which celebrates more than 90 years of providing high-quality education. Participants from six Latvian and Lithuanian regions came to the event to listen to all kinds of entrepreneurs – starting from those who only have a business idea and ending with those who have been successfully running their companies for a substantial period of time. As usual, the seminar was held in 4 sessions.

During the 1st session, representatives of prosperous businesses from Latgale took the floor.

The first speaker was Artūrs Čipats, the Chairman of the Board of the construction company “Builder Industry”, which now employs more than 50 persons and paid more than 100 000 EUR in taxes in 2017. Artūrs demonstrated entrepreneurial skills already during university years. He moved to Daugavpils because of his future wife and decided to open a hotel 2.5 years ago. Then, the entrepreneur spent one year examining statistics and demand. “Why don’t you study hospitality business?” – he said to his spouse.

Now the family owns a cosy hotel with 10 rooms called “Homelike Hotel” in the centre of Daugavpils. The focus is made on modern design and impeccable customer service. During the seminar, Artūrs was proud to say that his hotel was once fully booked by the President of Latvia and his accompanies.

Mr. Čipats also gave valuable pieces of advice to event participants. He stressed that it is important to gain work experience in the industry before establishing own company. While some young entrepreneurs aim at large-scale businesses from the start, in his opinion, there is always an option to start from a small company and successfully develop it step by step. “Don’t think about your business 24/7, – said Artūrs, – Learn to relax and start a new day with a fresh mind.”

The second speaker was Jans Rimvids-Mickevčs, a co-owner of “EU-Trader” – a wholesaler of electronic devices throughout the EU. He started entrepreneurial activities at the age of 14, when he was buying broken phones, repairing them and selling at a higher price. Jans worked for some time in Riga, but later came back to his hometown. “I am a real patriot of Daugavpils, – he said enthusiastically, – and I have always had a burning feeling that I must create something.” Mr. Rimvids-Mickevčs founded the company together with his friend. The turning point of their business was a visit to a large electronics exhibition in Germany, where the entrepreneurs realized that they can trade on a wider scale, as well as built important contacts. “EU-Trader” has been operating for five years now and boasts an impressive annual turnover.

The third speaker was Valerijs Efimovs, the Chief Technical Officer of ZIEGLER GmbH production plant in Daugavpils. ZIEGLER, which started more than 100 years ago as a small electrical trade company in the Bavarian town of Pöttmes, currently operates in the fields of mechanical engineering, automotive technology and vehicle construction. Its production plant in Daugavpils occupies a production area of 20,000 m², utilizes modern machinery and employs 320 people, who work in three shifts. As an example, the plant produces spare parts for Mercedes cars, trailers for Moghome by Mercedes and camper shells that can be put on top of various cars by those who enjoy travelling in the wild nature. Importantly, interior design of the trailers and camper shells, which resemble homey little apartments, was also created by Daugavpils staff.

The case of Daugavpils production plant emphasizes a significant intellectual, creative and professional potential of people living in Latgale, who are all together capable of manufacturing goods that are competitive on a global scale.

During the 2nd session, representatives of newly-established companies presented their businesses, including achievements made and challenges faced.

“Movement is life” is a motto of Alexandr Podyava, whose life has always been connected with sports. His club “Intense Fitness” in Daugavpils offers a variety of trainings, including martial arts, qigong, TRX and functional workouts. He has recently established a new company, KoloJourney, which offers recreational and educational tours around the world. Alexandr plans to attract fitness trainers, healthcare specialist and entrepreneurs, who will join the trips and pass on their knowledge to tourists. Being in perfect shape, he says that it would be great to visit restaurants that count calories in dishes they serve. Mr. Podyava does not limit himself to Daugavpils, Latgale or even Latvia. He is ready to deal with clients from any point of the world and is really passionate about what he does.

Eduard Kirpichev is an owner and a Manager of a popular café/bar in Daugavpils – “Ezītis Miglā” or “Hedgehog in the Fog”. The business operates according to a franchise agreement and belongs to a network of 11 “Hedgehogs” in Latvia, most of which are located in the capital. Franchise rules are not extremely strict: Eduard is free to organize any live shows he wants in the bar and add additional dishes to the menu if there is a demand for them. The entrepreneur considers expanding operations in the future, maybe even to Lithuania.

Arnis Celitāns tackles a social and economic problem of youth unemployment with the help of a mobile app “Partly”. The app links households that need someone to help them with daily tasks with young people who wish to earn extra money. Examples of such tasks can be window cleaning, grass trimming or even dog walking. During the seminar, Arnis pointed out at a simple and user-friendly interface of “Partly”, which is similar to that of a world-known dating platform Tinder. Swipe an offer left – it is rejected, swipe an offer right – you have applied for a job. The company plans to charge a 15% commission on all deals concluded via the app and aims at operating globally.

After all presentations were delivered, the seminar participants were divided in three groups to discuss positive and negative scenarios of further development of each young business. Results and recommendations were presented in front of the audience.

During the 3rd session dedicated to potentially successful start-ups, Olesja Sobolevska presented her project “Wastethic” (ethical waste), which deals with wise usage of thrown away clothing, including establishment of a clothing recycling plant. She drew attention to the fact that 7 million tonnes of clothes goes to garbage in Europe each year, which significantly pollutes the Earth. Only 5% of unneeded apparel is recycled. There are, however, many benefits associated with recycling: old garments can be converted into new fabrics, threads and furniture fillings, thus decreasing negative impact on the environment. Currently, there are no such factories in the Baltics. “Wastethic” won the top prize at the first Latvian social innovation hackathon held in the autumn of 2018 in Daugavpils.

During the last session, an interesting business case from another country was considered. Anton Jevtiuchov told about his company “LitWild”, which offers extreme, recreational and romantic tours in the Aukštaitija region, Lithuania. Not only is he the founder of “LatWild”, but he is also a local guide, who interacts with tourists the most and truly loves doing it. Hiking, fat biking, kayaking and SUPing tours – all of them are on the menu. Entertainment does not stop even at night. It is possible to go on a night safari on kayaks: paddle through a number of lakes and rivers, see the stars in the sky and feel the stillness of nature at night. Alternatively, one can take part in a night-time madness on fat bikes: ride very fast, down and up the hills, in the forest close to swamps and lakes, and all of this – in the darkness of night.

All presentations and speeches delivered during the seminar were very inspiring and informative for the participants. Moreover, the speakers were inspired by the audience as well. When leaving the event, everybody felt that there is something important waiting for him or her in the future. 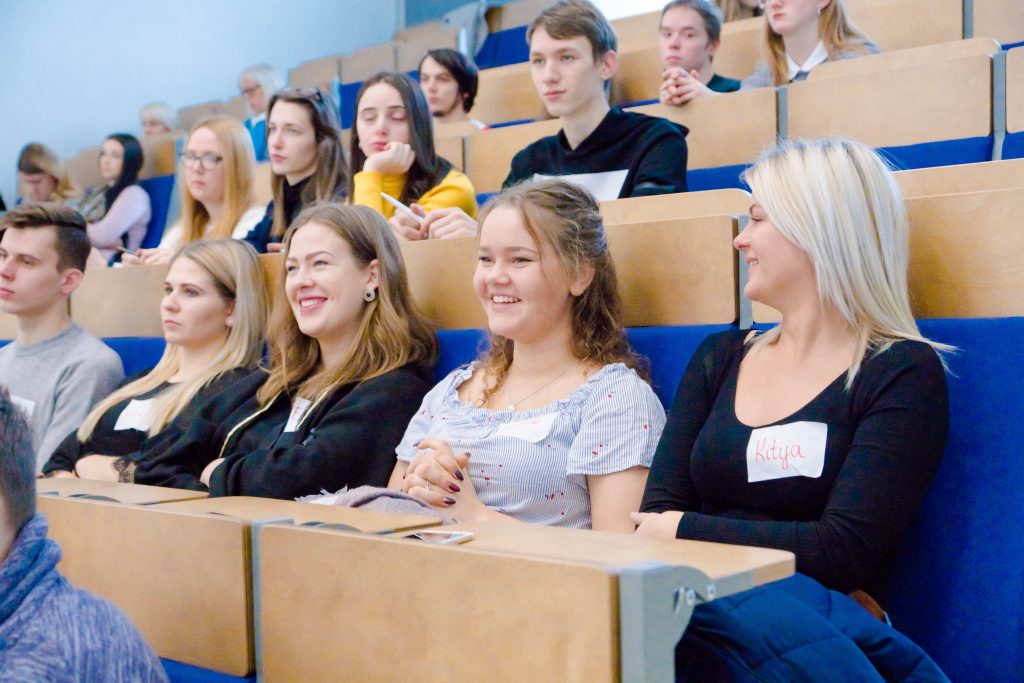 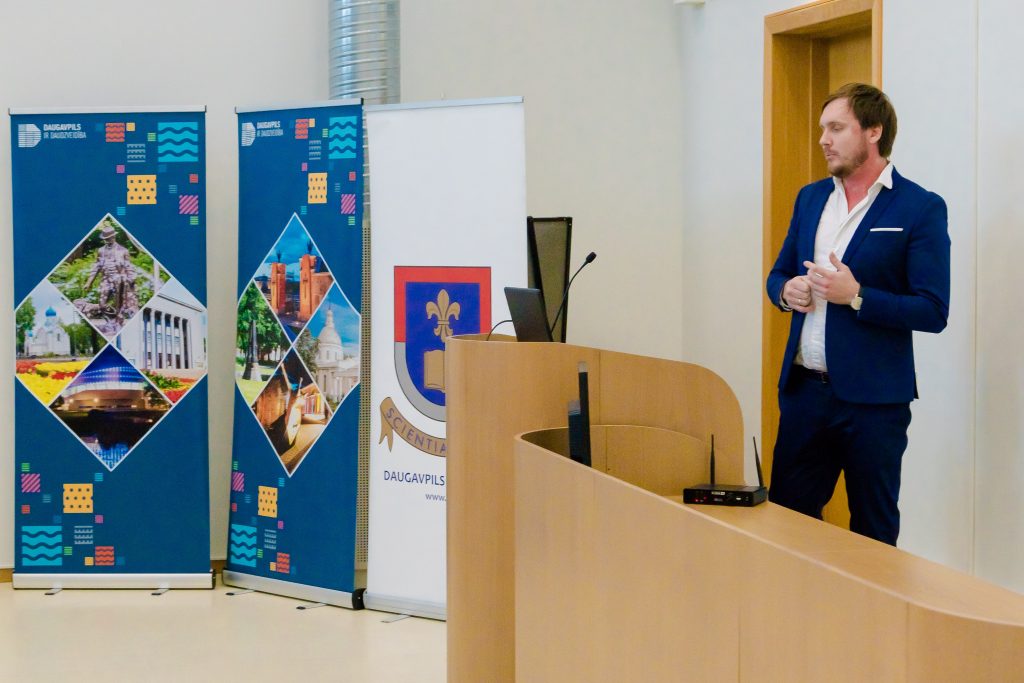 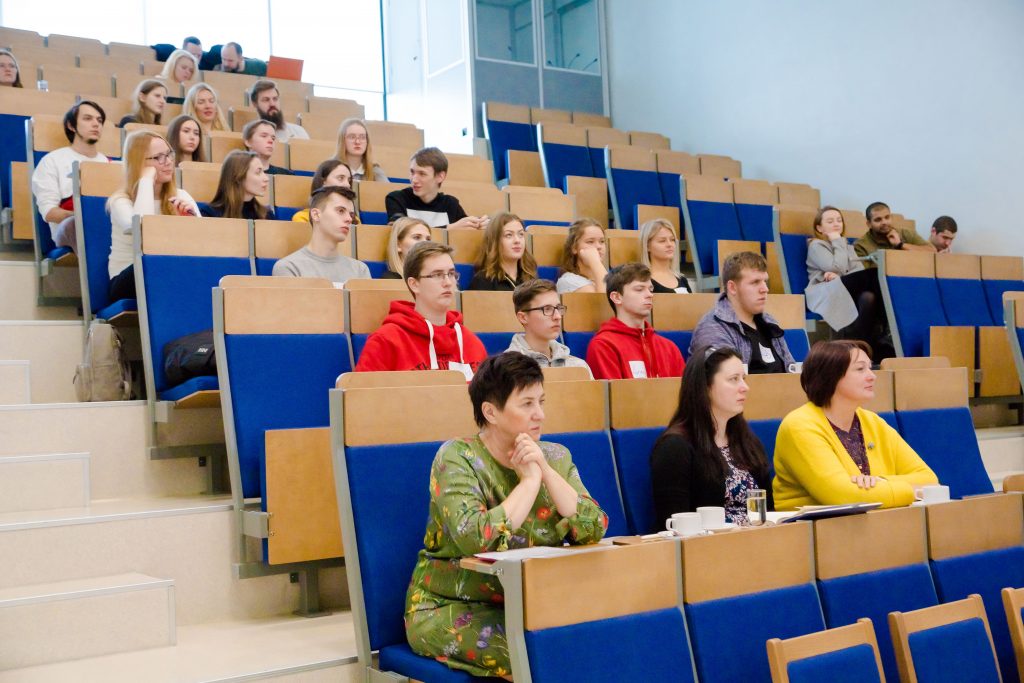 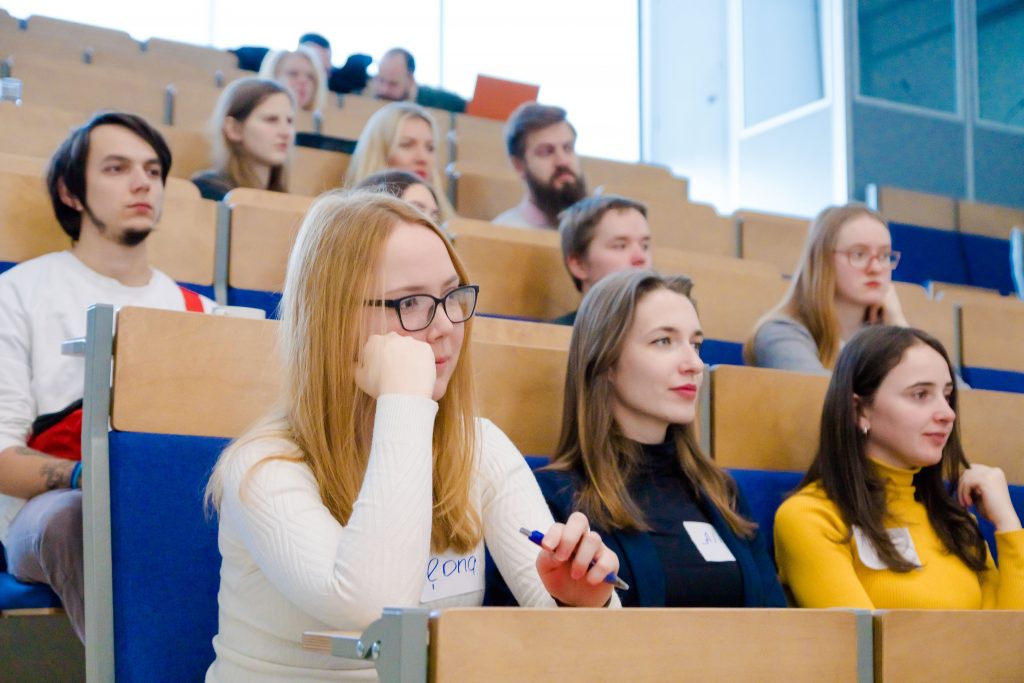 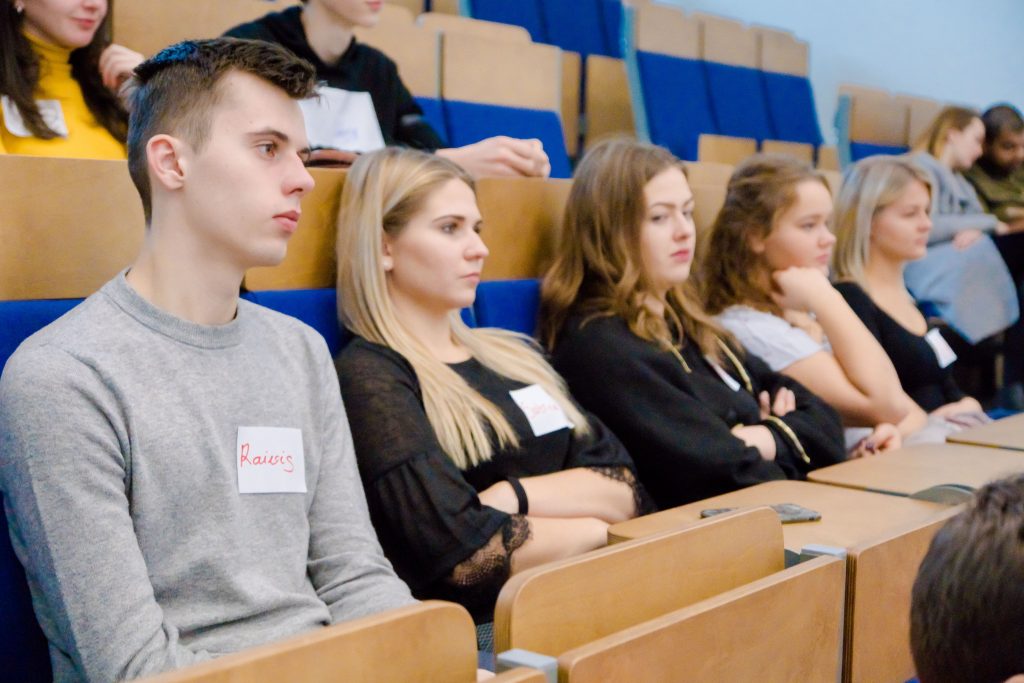 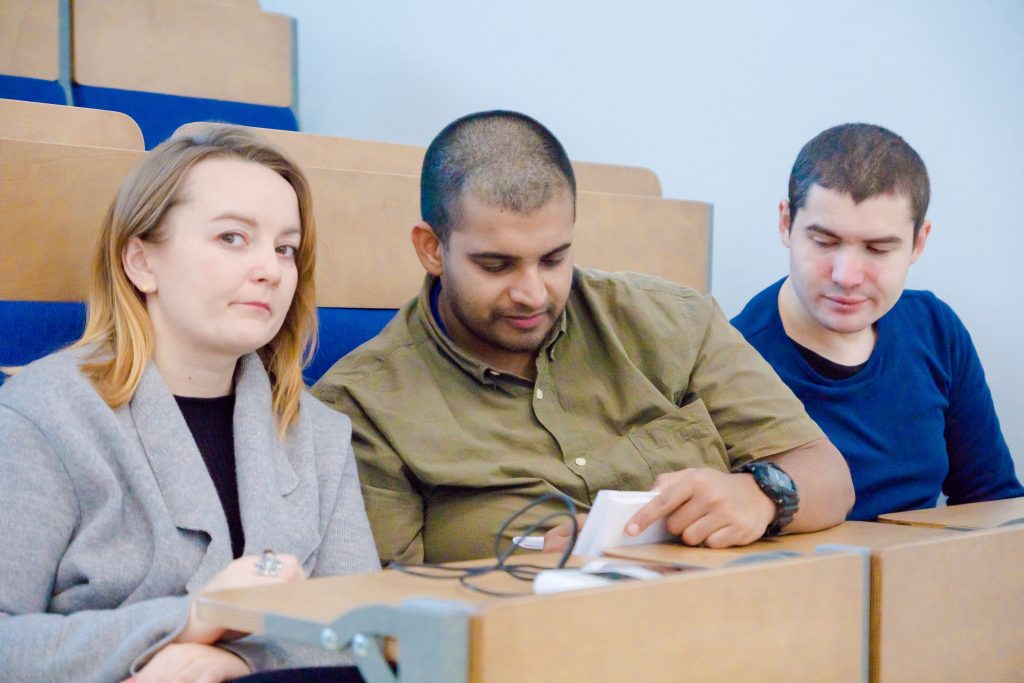 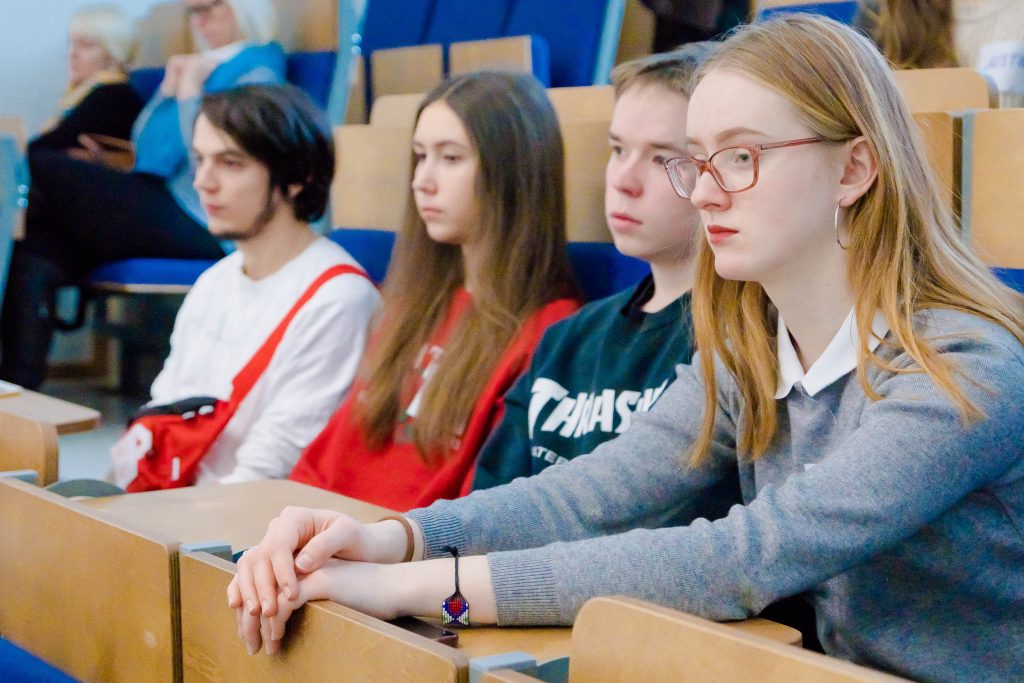 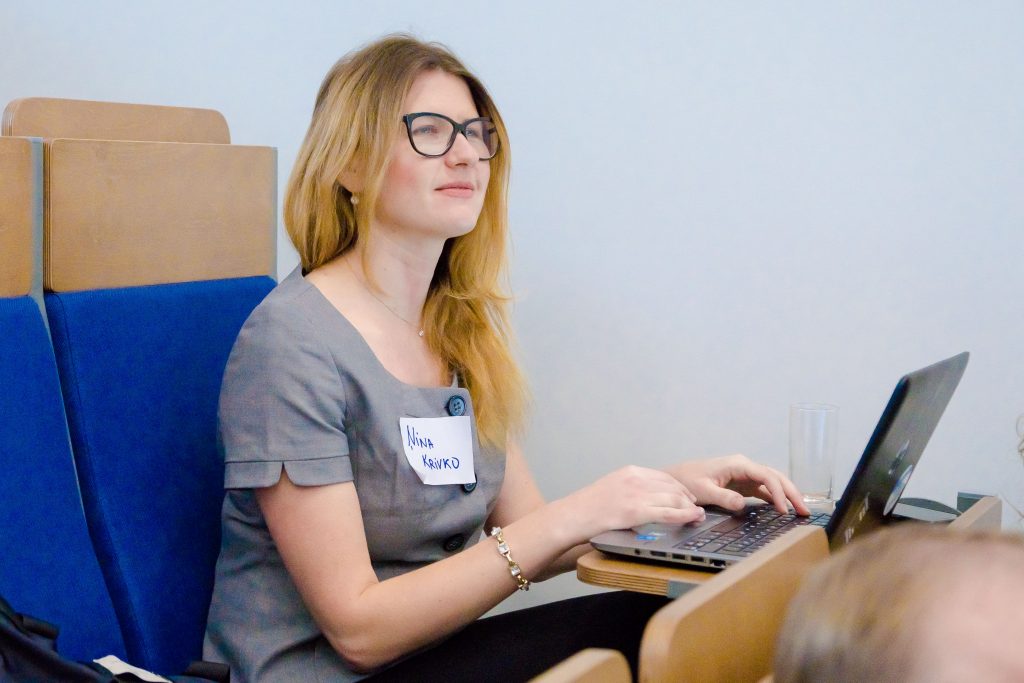 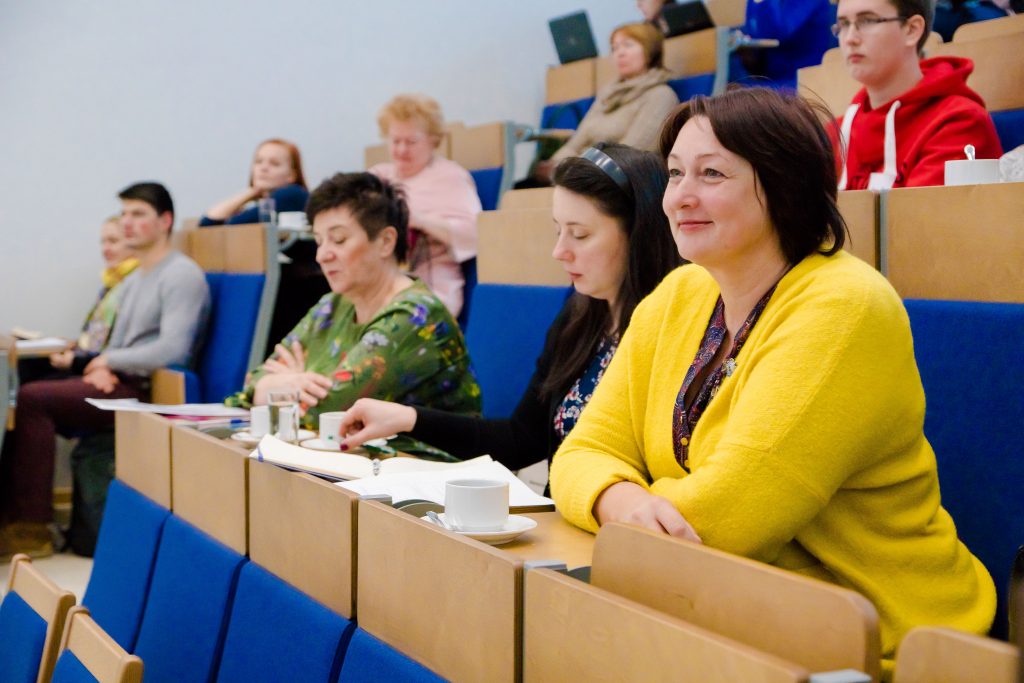