THE FIRST “BE INVOLVED” SEMINAR IN VENTSPILS

On 28 September 2017, the first “Be involved” seminar designed according to an interactive “Get inspired – help – share – analyze” concept took place in Ventspils at Ventspils Youth Council’s premises. The event, which was held in four sessions, gathered together more than 50 participants from Latvia and Lithuania.

In the beginning, a 30-year-old successful entrepreneur from Liepaja (Kurzeme, Latvia), Artis Daugins, took floor. He is a founder of Blue Shock Bike company, which produces electric bikes and go-karting machines. The businessman told that initially nobody believed in his idea, including banks, which refused to give him loans. However, this did not stop Artis, who persistently fought for his company, eventually attracted investments and is currently expanding his business not only in Latvia, but also abroad.

The following three speakers were Endijs Apse, Oskars Bierants and Roberts Skutelis. Endijs presented his bike rental and café business – Oranžā velonoma. During off-season, he also repairs and modifies bikes. Oskars Bierants told about his family business – bakery “Bitīte”. As he says, it is one of the best places in Ventspils, where one can have a cup of tea or coffee with a freshly-baked bun. Roberts Skutelis is a professional wedding photographer. He can capture the right shot, which really shows emotions.

Afterwads, the seminar participants were split in four groups, each of which developed and presented positive and negative business development scenarios for the three speakers.

In the following session, potential new entrepreneurs shared their business ideas and discussed their strengths and weaknesses with the audience.

Finally, two best practice business examples were presented to the participants. The first one was Karameļu darbnīca, a Latvian producer of handmade caramel, whose sweets can be found in more than 80 stores all around the country. The second one was an example from Portugal – Tuk Tuk tours, which provides a unique sightseeing experience in special vehicles – three-wheeled cabin cycle autos.

The seminar was highly evaluated by the participants, who demonstrated excitement, passion, and determination to start their own business. 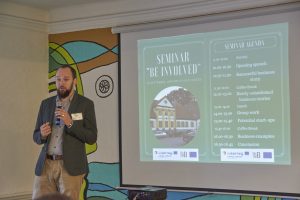 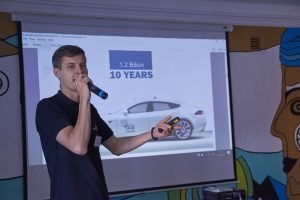 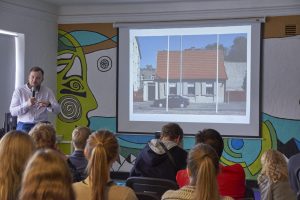 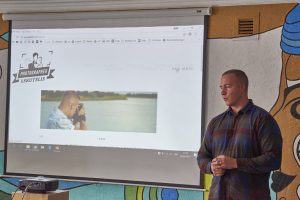 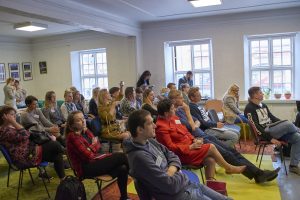 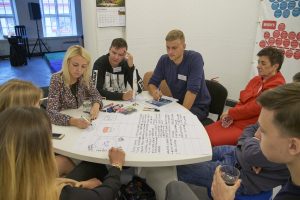 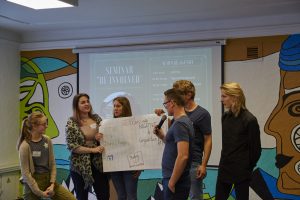 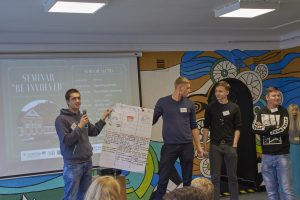